The British railway market was quick to realise the potential of axle counters and has adopted the technology. 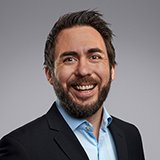 Wheel detection and axle counting are currently the state-of-the-art technology when it comes to the reliable detection of trains. We summarise a few examples which show that this is unlikely to change for a long time – even in the light of new possibilities which the digitisation of the railway industry brings with it.

Decades have passed since axle counters were first used. Since then, a vast knowledge of applications that can be realised using this technology has been acquired across the entire railway industry. This is what lies behind the long-lasting success of axle counters: the number of installations where they are used continues to increase. In 2011, Frauscher consolidated its vast experience of axle counters to produce the Frauscher Advanced Counter FAdC. In order to meet the needs of various markets and to incorporate practical know-how into the development, this axle counter was created in close collaboration with railway operators and system integrators.

There from the beginning

In Great Britain, the FAdC was immediately met with great interest and was installed for the first time immediately after the market launch. Since then, there have been countless projects implemented where choosing not to use this axle counter would have been unthinkable. Nowadays it is installed on many lines across the UK and is used in many different applications, thus making the British railway network now one of the most modern and efficient networks in the world.

Due to the high flexibility of this product, Frauscher was also able to meet very specific requirements over the years – even if this meant adapting individual components. In light of the experience gleaned, the portfolio of solutions which Frauscher can offer its customers, is also growing. The relevant developments of the FAdC can be divided into three areas:

Guaranteed not to miss a train

Being components which are installed on the track, wheel sensors must function reliably, sometimes under adverse conditions. Guaranteed train detection requires a robust design that can withstand extreme temperatures and strong environmental and mechanical influences. International projects have also demonstrated that electromagnetic influences may require specific adaptations. When installing a system in the British Isles, electromagnetic influences were identified at the neutral sections of the overhead line, which presented EMI levels that well exceeded the values safeguarded for during tests.

In order to find a solution, Frauscher first of all analysed the situation extensively on site and then assessed the acquired data in the company's laboratories. The wheel sensor RSR123 was then updated accordingly. This optimised version demonstrated even better resistance to electromagnetic influences in comparison to its predecessor.

The refined RSR123 can now be used on rail networks with direct current and on those with alternating current – thus also on all lines in the UK. Once the sensor had been installed at Crossrail and in Manchester, it soon came to be the first choice for all applications nationwide.

In the modern railway industry, it is becoming increasingly critical for data to be flexibly and easily available. Equipped with parallel and serial interfaces, the FAdC is considered to be extremely future-proof in this context. For, depending on the project-specific requirements, it can be easily and quickly integrated into different infrastructures.

This flexibility was for instance utilised in 2017 for the first tram project in Great Britain where this axle counter was used. Its integration was realised via three different relay interfaces. During the course of the project there were also various other operational advantages to the rail network.

The serial interface of the FAdC is one of the reasons why this axle counter is considered as an option for modernising a substantial proportion of the 6,400 level crossings managed by Network  Rail. Its design enables customer-specific software protocols to be used as well as the Frauscher Safe Ethernet FSE protocol, which we reported about in detail in the last issue of Ultimate Rail.

Being able to quickly and easily connect the axle counter to the level crossing control system also leads to significant cost reductions. Wireless connections can even be established in some situations, such as via mobile networks. Furthermore, additional savings can be achieved if the same wheel sensor is also used as the activation point and for train detection in the signalling system.

Based on the example of the level crossings, it is already evident that axle counters with different interfaces offer a high level of flexibility when it comes to the architecture of systems. This allows significant savings to be made in both safety-relevant and non-safety-relevant fields.

Flexible designs are a necessity under quite different conditions. This was evident on the Crewe-Shrewsbury (SYC) line and on the Great Northern/Great Eastern (GNGE) line. Here, the routes on which the FAdC was used included long sections in remote areas. The adaptability of the FAdC made it possible for components to be installed in decentralised cubicles spread out along the track. Altogether different requirements were laid down by the installation in the extremely busy Manchester Piccadilly station, where all the components were bundled into one central system.

Making the most of intelligent functions

Reliability and accuracy are already largely guaranteed by the technical prerequisites when the inductive sensor technology is being used. On top of that, other innovative ideas are also needed to further increase availability. Apart from being able to install redundant structures, Frauscher has therefore also developed two other approaches which are now being implemented as standard in their products: Counting Head Control  CHC and Supervisor Track Section STS. Thanks to the modular design of the systems by Frauscher, the components which are essential to these functions were able to be quickly identified and modified during the development.

The Counting Head Control CHC function was originally developed based on the Axle Counter System ACS2000. Its first version was for instance used to suppress the damping of sensors by trolleys, which are used in India. These days, it is also used in other markets. This includes inter alia Canada, where a section of the Yonge-University line in Toronto has been fitted with CBTC. As a fall-back system, axle counters are used here which, in order to increase availability, also work with CHC.

The Supervisor Track Section STS function was established in conjunction with the development of the FAdC. Since then, Frauscher has developed various integration options. For railway operators, this means increased availability of their signalling systems without coming into conflict with the safety standards. Both functionalities are also being followed with great interest by the British railway market. Approval for their use is anticipated in the near future, especially with regards to CHC.

The FAdC also provides additional useful diagnostic information via the Frauscher Diagnostic System FDS. Railway operators therefore have the possibility to implement predictive maintenance strategies and to solve any problems which arise at short notice. Short installation times and optimum maintenance windows also contribute to the safety of workers on the track. Their time spent in the hazardous area is significantly reduced when axle counters are used, as compared to track circuits.

The examples given in this article from the UK and other railway markets show that in order to make axle counters future-proof, it is essential to be able to easily and quickly provide data via flexible interfaces. A combination of reliable hardware and innovative approaches can also increase availability and reduce the life cycle costs. Modern axle counters are therefore able to combine proven reliability and high flexibility – whilst in future still remaining attractive for a long time for a variety of applications in different railway markets.

During his 16 years in railway signalling, Manfred Sommergruber was involved in many technical developments and introduced an interdivisional project management process according to International Railway Industry Standard (IRIS). For two years he...
More about the author
Share now!
Next Article
Similar Articles

Future jobs for IT specialists and developers in the railway industry

Frauscher production on the pulse of time

Rail into the digital age with new features