Frauscher India has grown stronger with every year. Sebastin Sahayaraj, Director - Sales at Frauscher India, explains some background – and gives an outlook on the company’s further plans. 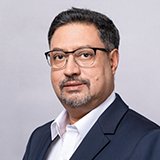 India is an ever-growing market. In this thriving environment, Frauscher Sensor Technology India Pvt. Ltd. has grown in strength over the last few years. From its foundation in 2013 until today, the company has seen a steadily growing interest in its products. ExpoRail 2019, in which Frauscher India participated as an exhibitor for the first time, was a great success for the company. At their highly frequented stand, the experts on-site presented Frauscher’s latest innovations and solutions.

“From a business development point of view, India has a huge potential for Frauscher,” says Sebastin Sahayaraj, Director - Sales at Frauscher India. “Tracks deployed by Indian Railways comprise more than 65,000 kilometres, many of which are meant to be modernised throughout the coming decade”, he adds. The usage of Frauscher components in a number of projects across the country, such as the Western & Eastern Dedicated Freight Corridors or the latest metro projects such as Delhi Line 8, Kochi, Lucknow, Noida, Kolkata, Navi Mumbai or MEGA, proves the company’s strong presence in the Indian market.

Alongside India, Frauscher India is also marking its presence in neighbouring countries with a lot of projects in hand. “Our staff has good contacts beyond the borders and we have established great cooperation with some partners in Indonesia, Myanmar, Bangladesh and South Korea,” Mr Sahayaraj mentions.

The rising interest in solutions from Frauscher in both India and South East Asia is based on a mixture of increasing experience, solid knowledge as well as being open for new challenges. “When Frauscher India was founded in 2013, it was most important for us to gather knowledge about how our solutions can help the Indian rail industry in meeting their requirements. Throughout the years we have learned to reconcile the potential of our products and the challenges of this huge market,” says Mr Sahayaraj.

Approvals for the use of the Frauscher Axle Counting System ACS2000 as well as the Frauscher Advanced Counter FAdC are a result of this process. Another result is the development of a whole portfolio of market-specific solutions. Sahayaraj states that “Frauscher India is constantly working on either new or amended products that meet market requirements even further. Examples include a Manual and an Auto Reset Box as well as a Line Verification Box as per RDSO specifications, the Frauscher Block System, a special Rail Deflector or the Track Lead Junction Box. These have been developed according to local requirements – in order to help operators on-site when using our products.”

Today, Frauscher India has massively strengthened its presence in India. The company has more than 100 employees in India, most of whom are technical specialists and engineers. Thereby, the company has built a solid base for increasing its activities throughout the country and beyond.

Sahayaraj concludes, “Keeping in touch with our customers is an important pillar of our strategy. We want to learn from and – in turn – present new ideas to them. Various railway events are giving great opportunities to do so. Apart from ExpoRail, we will be present at RailwayTech Indonesia, International Railway Equipment Exhibition (IREE 2019) and Rail Solutions Asia in Malaysia. We are looking forward to meeting known and new faces there – and to discuss how we can make India’s railways the most attractive way of commuting and transportation for the foreseeable future.”

Alok Sinha was the driving force behind the set up of Frauscher India in 2013. Currently, he is the location’s Country Head. He has nearly 30 years of experience in the railway industry. A technologist at heart, Alok has the unique distinction of...
More about the author
Share now!
Next Article
Similar Articles

“In a changing world” - 1st digital supplier day at Frauscher