Reliable and precise: An ever-increasing proportion of operators and system integrators are being won over to axle counters. Their primary use is for track vacancy detection, for which specific criteria apply depending on the market. The Frauscher Advanced Counter FAdC accordingly offers great flexibility here. 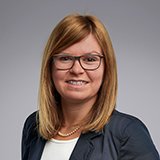 The work of the team at Frauscher that is entrusted with the ongoing development of Frauscher Advanced Counter FAdC is comparable with a train journey: tall mountains give way to wideopen steppes, then small villages, big cities and all the rest. In places the route is singletrack, and in others the rail structures are complex. Specific requirements may arise depending on where the company’s axle counter is deployed. The team responsible for the FAdC is therefore constantly gathering inputs and developing new functions based on the system being extremely flexible. The FAdC thus provides a broad platform for responding to customer- and marketspecific requirements. This is impressively illustrated by a number of examples.

Especially when the FAdC is used in the field of SIL 4 applications, availability is a key factor. For this reason, not only have a variety of redundancy concepts been developed over the years, but also some specific functions that further improve system availability.

Autocorrection on the track:

Counting the items that really count:

The Counting Head Control CHC principle avoids fault messages being generated by unavoidable factors. If the adjacent track sections are clear, the counting head is switched to a stand-by mode. In this idle state, a freely configurable number of undesirable instances of damping can be suppressed. Short-term influences do not generate a malfunction or occupied notification: there is no need for a reset. Approaching vehicles switch off the standby mode, meaning that they are detected and the occupied indication is output in a fail-safe manner.

The FAdC delivers data reliably even in challenging circumstances.

The FAdC makes highly market-specific adaptations possible as well as higher-level solutions. Frauscher has had a presence and a base in India since 2013, and the Indian railway industry needed a marketspecific adaptation. The team on the ground in India has meanwhile expanded to around a hundred people, and they are familiar with all the specific detail of that market. One element of this is dealing with what are known as push trolleys.

To this day the use of these manually-operated rail vehicles is widespread in India. They are mainly used for inspecting infrastructure, track condition or signalling systems. The challenge: push trolleys can be placed on the track at any point. If this is done on a section on which track clear indication is performed using axle counters, when the trolley crosses the next wheel sensor the result will be a count error. If push trolleys are only used on sections that are not being used by trains at the time, then this scenario can be rectified with the CHC function. However, especially on long sections – for instance between two stations – a trolley may be placed on the track in an occupied section. If it crosses a relevant wheel sensor it can be detected and cause a fault.

Working in collaboration with their Indian colleagues, the experts from Frauscher succeeded in developing a solution in the form of a special algorithm. It is based on the ability of the Frauscher wheel sensors to determine the wheel diameter. Since push trolleys are fitted with smaller wheels, they can be detected and suppressed. In this way the requirements of the Indian railways industry were fully satisfied even in this respect.

This example illuminates the flexibility of the FAdC system. Alongside this development some additional features were also implemented in the corresponding adaptation. These are based on inputs from other railway sectors around the world – and can be deployed beyond the original national borders:

Furthermore, the FAdC system environment, which can be connected via a serial interface, is being continuously improved. Data is transferred using separately implemented, customer-specific protocols or the Frauscher Safe Ethernet FSE protocol (developed in-house). FAdC also has its own tool environment, which makes installation and maintenance even easier. The system is thus ready to tackle new challenges.

Melanie Kleinpötzl is Chief Digital Officer (CDO) at Frauscher. Prior to her career as CDO, Melanie was Product Management Director. She is connected with the company since it supported her with her master’s thesis at the University of Applied...
More about the author
Share now!
Next Article
Similar Articles

Rail into the digital age with new features